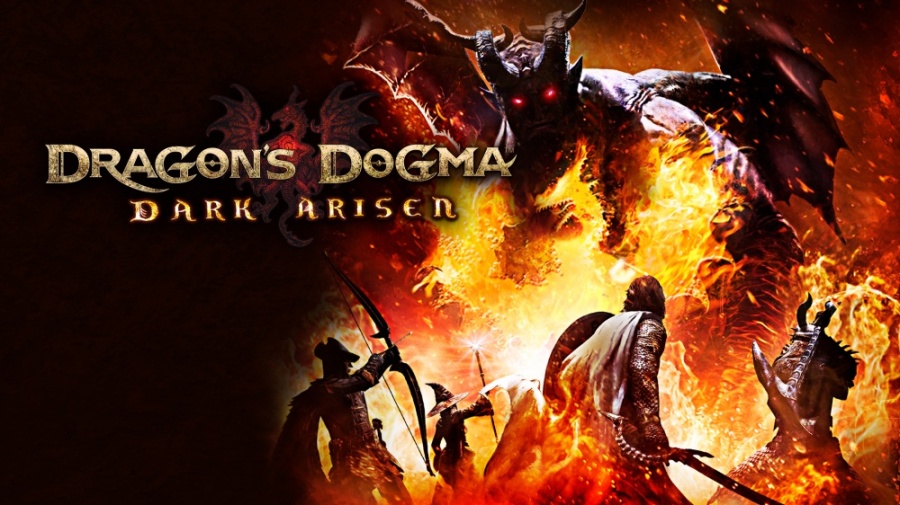 I debated writing this article because my veins are currently infused with a hefty dose of salt large enough to make me float for a week. I just lost 35 hours of progress in Dragon’s Dogma, and we’ll eventually get to why.

The first go around I didn’t get far. I created a character, got through the introductory story nonsense, and made my way to Gran Soren, the central hub city of Dragon’s Dogma. For whatever reasons I wasn’t grabbed by the gameplay and left for other gaming pastures. The second time, I got a bit further than that. I had explored Southern Gransys, completed the Shadow Fort quest where you fight two Cyclops’ at the same time, then found myself in a similar position as before, I just wasn’t grabbed by the game.

I can’t figure out why that was the case. I loved squad based games and have beaten all three Mass Effect and Dragon Age games. The SoulsBorne series are all up there for me, so difficulty wasn’t an issue. The setting is also entirely up my alley. Knights, archers, dragons, undead….yes, give me all of that. I just couldn’t get myself to keep playing.

Two weeks ago, sitting in quarantine, I see Dragon’s Dogma on sale on the Nintendo Switch. I remember my past two failed attempts, but I decide to go for it again. This time, things felt a bit smoother and I became more invested in figuring out mechanics and why certain things were happening as they did.

Spoiler warning for this eight-year-old game.

Throughout this playthrough, I couldn’t help but feel that some mechanics were clunky or archaic. Like many other games, there’s a weight limit to what you can carry. The more you carry, the slower you get. This isn’t just equipment worn like how Dark Souls handles its system, but items in your inventory. You can’t just go out and farm enemies to your hearts content, you’ll need to come back to town, empty your inventory, and head back out. You are able to give items to your squad-mates, which in turn makes them slower, but stopping to menu for five minutes just to give items to your squad is time consuming and not fun.

I had some issues with questing as well, before that, fast traveling. Fast travel is sort of present, but not in the way that you may be thinking. This isn’t Skyrim or Fallout where you can fast travel to discovered locations. Dragon’s Dogma gives you items called Portcrystals. You can carry them and place them wherever you desire. Those Portcrystals become your fast travel. You’re also given two freebies in the starting town and main cities.

The world is large, so you have to make good strategic use of your Portcrystals in order to limit time running from location to location. This brings me back to quests. In the main questline, there is a particular quest given that requires you to hunt down a Griffin. After a failed attempt, the Griffin flies off to a corner of the world called Bluemoon Tower.

This was one of my favorites sections of the game. Travelling from Gran Soren to Bluemoon Tower takes a long time. My first trek was around 45 minutes. On the way, you encounter windy canyons, bandit camps, a Golem and an underground encampment. Bluemoon Tower itself had a ton of treasure, rewarded exploration and had a very cinematic path up to fighting the Griffon at the top of the tower.

Why is this a problem? Two missions later, you’re asked to track down a sorcerer, who retreats to Bluemoon Tower. If you didn’t put one of your very few Portcrystals down at Bluemoon Tower during the Griffin hunt, you were looking at another very long trek to Bluemoon Tower. The same trek you had just made not too long ago. That aspect of the game was not very fun.

Nevertheless, I continued because at the end of the day, I really enjoyed the setting and fighting off large mythical monsters.

Post-game was strange. After you defeat the dragon the skies are forever darkened and a giant chasm is created within the city of Gran Soren, the Everfall. Instead of being hailed as a hero, the Duke of Gransys casts you aside and tells everyone that you’ve created a pact with the dragon. Stronger monsters are released from the Everfall and now roam Gransys for you to hunt. It gave me some serious Final Fantasy XV vibes for those of you familiar.

I felt like I was hit by a truck almost immediately. The wolves are now hellhounds and they can chain shoot fireballs at you, stun locking you until death. I wasn’t really feeling it, but I continued down to the Everfall. To traverse the Everfall, you jump down the chasm and move your character to the edges to catch little sections of flooring. Each section is attached to a similar set of rooms that may or may not contain a boss, think Bloodborne‘s Chalice Dungeons. It’s not interesting, but the pull of wanting to know what monsters were lurking kept me in.

I spent around five hours post-game, jumping into Everfall doorways and checking out what’s left of Gransys. I took down some Gorechimera’s, Cockatrice’s and Wyrms. I knew that Dragon’s Dogma had a post game in New Game +, and I also knew that the game’s last dungeon, Bitterblack Isle, would be apart of that as I leveled further into New Game +. Instead of sticking around longer in the Everfall, I completed the last quest and went into the ending of the game with the intention of starting New Game +.

This is where I messed up.

Dragon’s Dogma has a weird save system that I never really understood. One example that comes to mind is a boss fight that I was having trouble with. I had saved the game manually before the boss fight. When you die, you have the option to jump right back into the boss with ‘Retry’, you can quit the game back to menu, or you can load from your previous checkpoint. I needed a particular weapon for this fight that I had accidentally thrown into my stash.

No problem, I’ll just load that save from before the boss fight and run back to the entrance. However, the options don’t look like you can do that while in a boss fight. When I selected load from previous checkpoint, it brought me back to the entrance of the dungeon instead of the save I made right before the fight. I never really figured out why I was bothering saving, but it wasn’t user friendly like a Skyrim where you can see screenshots, dates and times of your saves.

After completing the game, you go back to the main menu. There’s no option for New Game +. I figured that like most other games, when you select New Game, there will eventually be an option to select New Game +. So I do that. Some messages pop up about overwriting previous saves. I say yes because at this point, I still don’t really understand what I’m doing. I could always just exit out of the New Game if it was an issue.

I go through the menu’s and the game starts over. When I realize this isn’t what I wanted, I exited back to the main menu and do the ol Google search to figure it out. Instead of going to New Game, I was supposed to just load my save that I had just beaten the game on, THEN I would have the option to go into New Game +. I load my save, and it loads the New Game character I had just created a few minutes earlier. My character was gone.

In retrospect, this isn’t the worst save file I had lost. I had a 100+ hour Final Fantasy VII with Knights of the Round go poof back when the game came out. Another time I had a cousin save over my completed Diddy Kong Racing save file. I had 35 hours into Dragon’s Dogma. After initially having a hard time with post-game, I started to get into it. The unfortunate thing is that I will likely not go back to Dragon’s Dogma. This was the last hurrah. Those Hydra’s will have to go unslain and the Ur-Dragon survives another day.